Few weeks ago I went to Bretagne, the region of wind and the most tasty salted caramel.

Most of the time I spent at Saint Malo, city that is situated right on La Manche channel. Before coming here I saw the pictures on internet, but I didn’t expect that reality will be even better. There was beauty in everything – tall and grey walls of buildings, narrow streets and colorful, but not screaming vitrines of shops full of local sweets.  Chilly wind and burning sunshine letting you know from the beginning that you are on the coast. 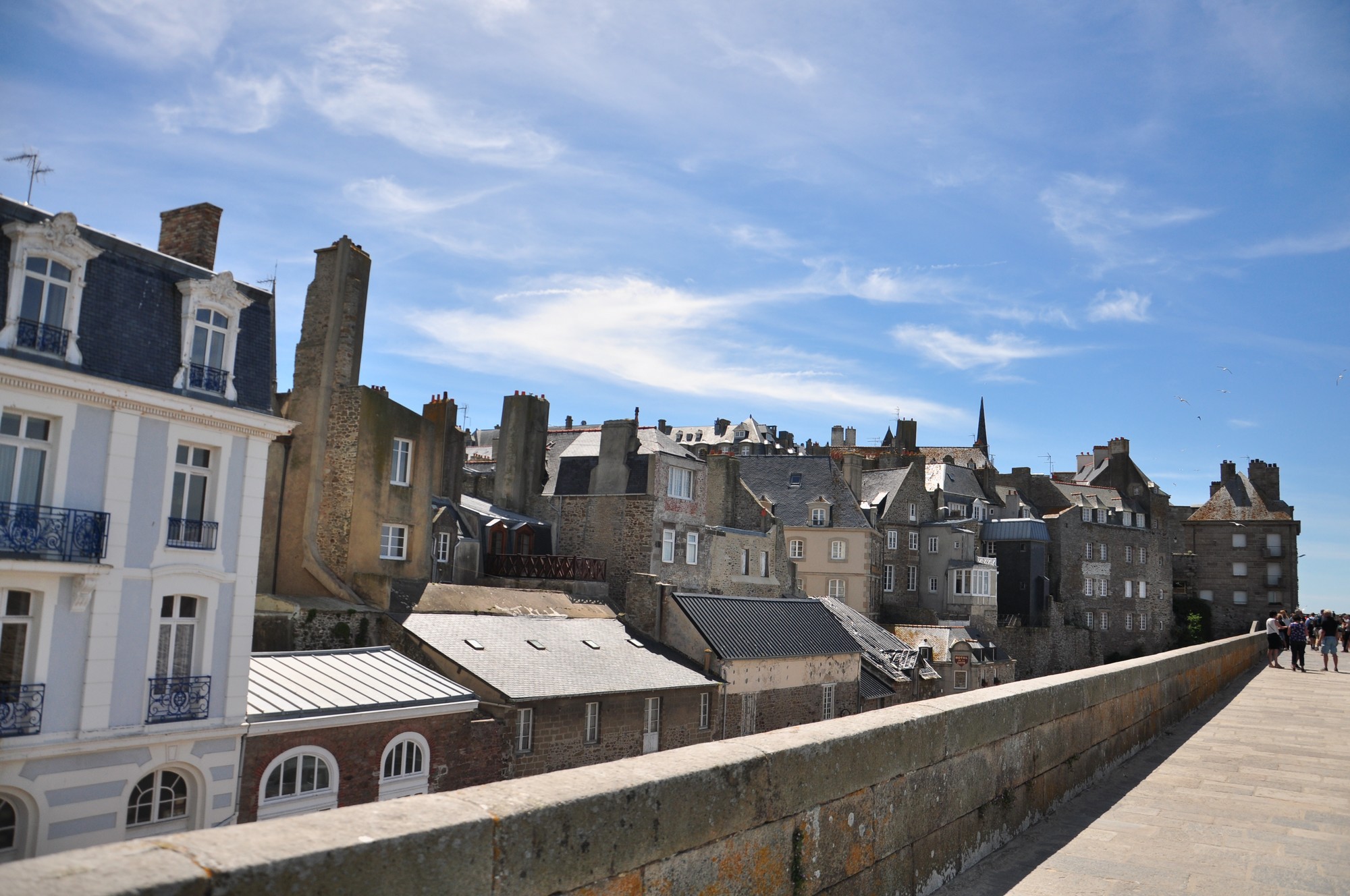 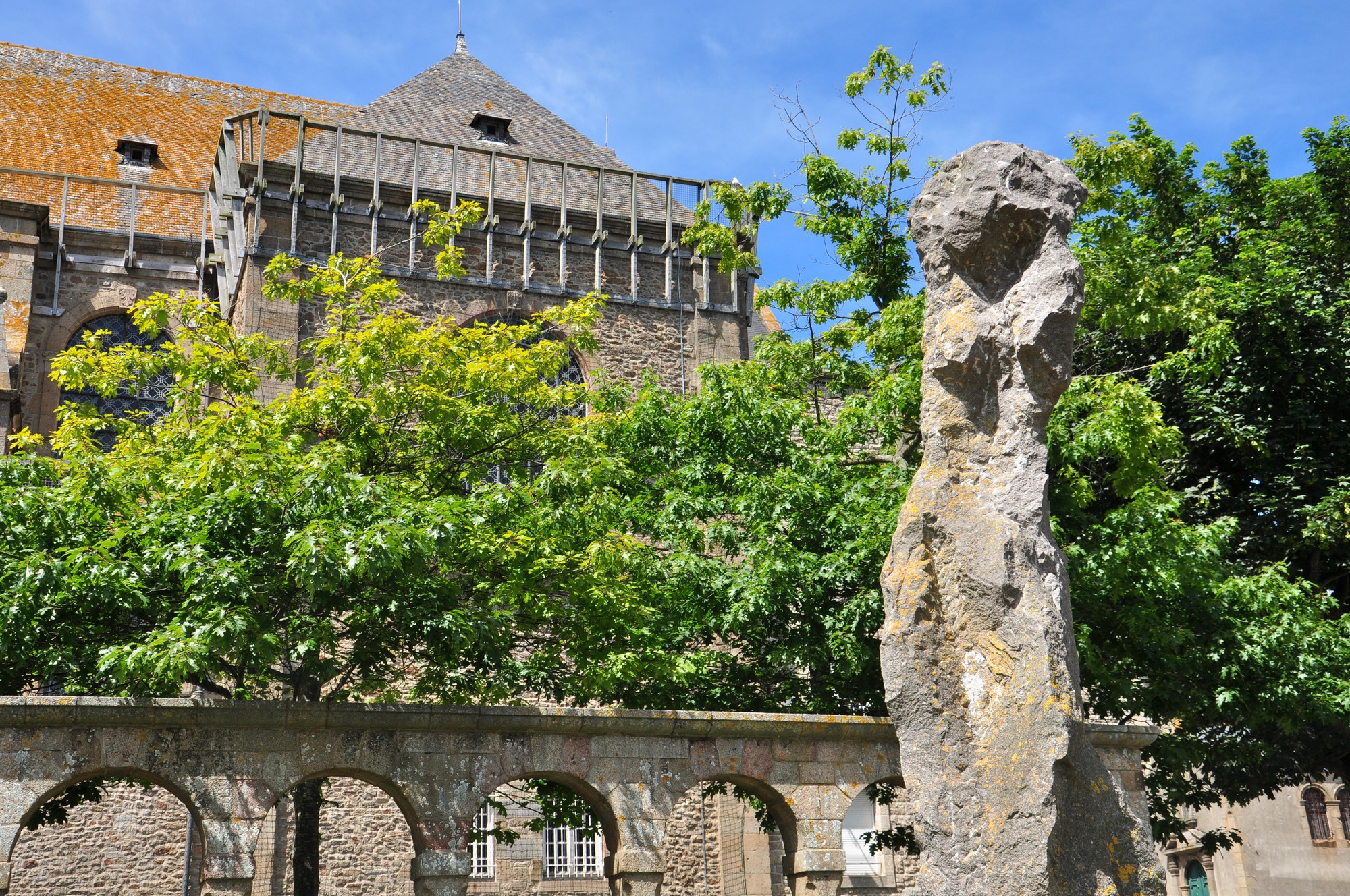 Just by few steps you can pass from the city to the beach, where sand and water are just exactly like on pictures of paradise. The first thing that was cought by my eyes was a castle, raised up on a small island few metres away from the beach. Each day the same time water flows back just a bit but enough to open a single narrow path to the castle. Just for few hours, because after water flows again and path will dissapear. 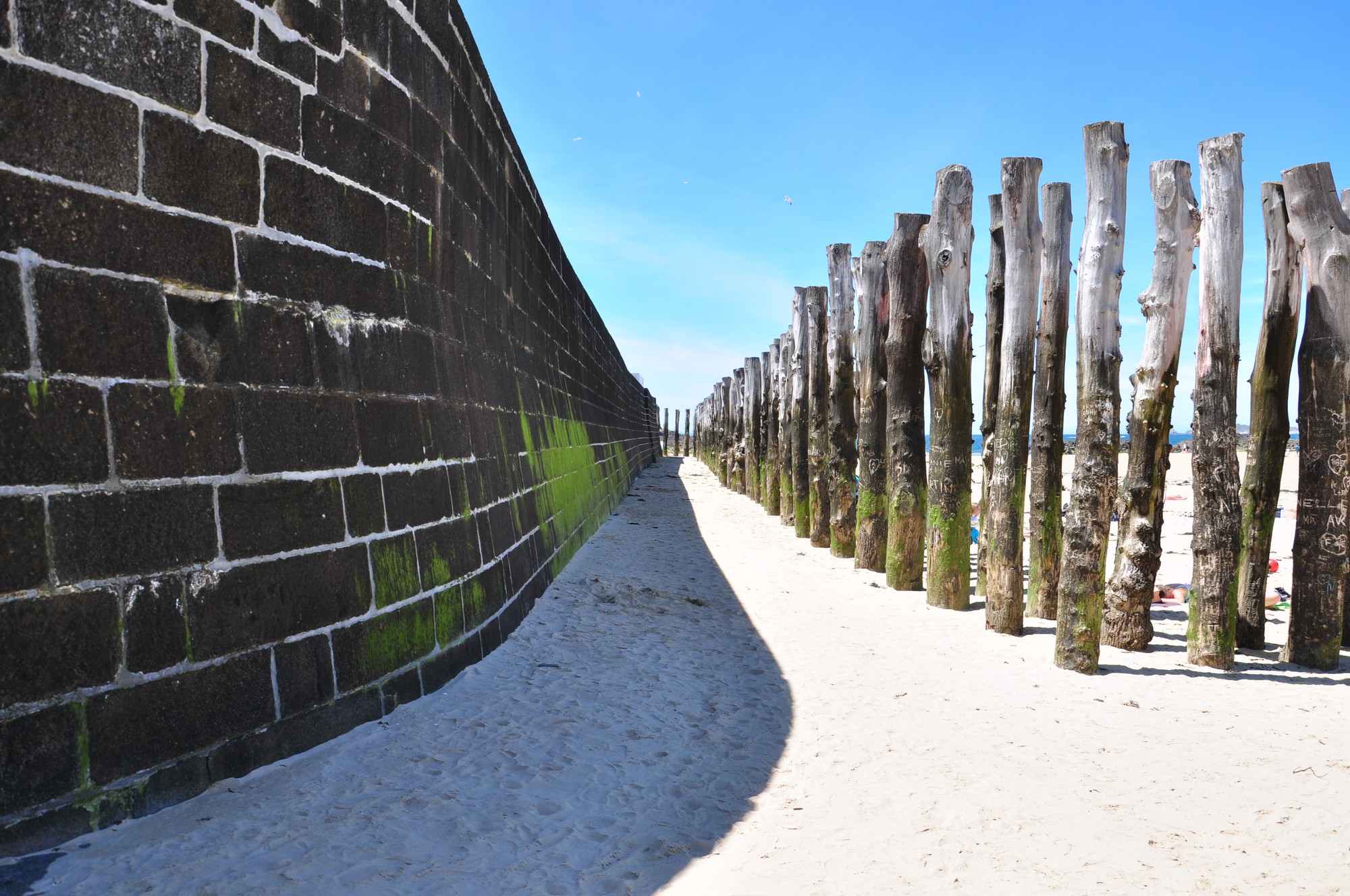 Water was too cold to swim (it didn’t stop my friend though) but the sand was just perfect to lay down and listen the birds flying circles above my head. Though a touristic place there were not much people. Seems like the city guards the atmosphere, all the sounds and noises were muted, just birds and whispering of water were flowing in the air. 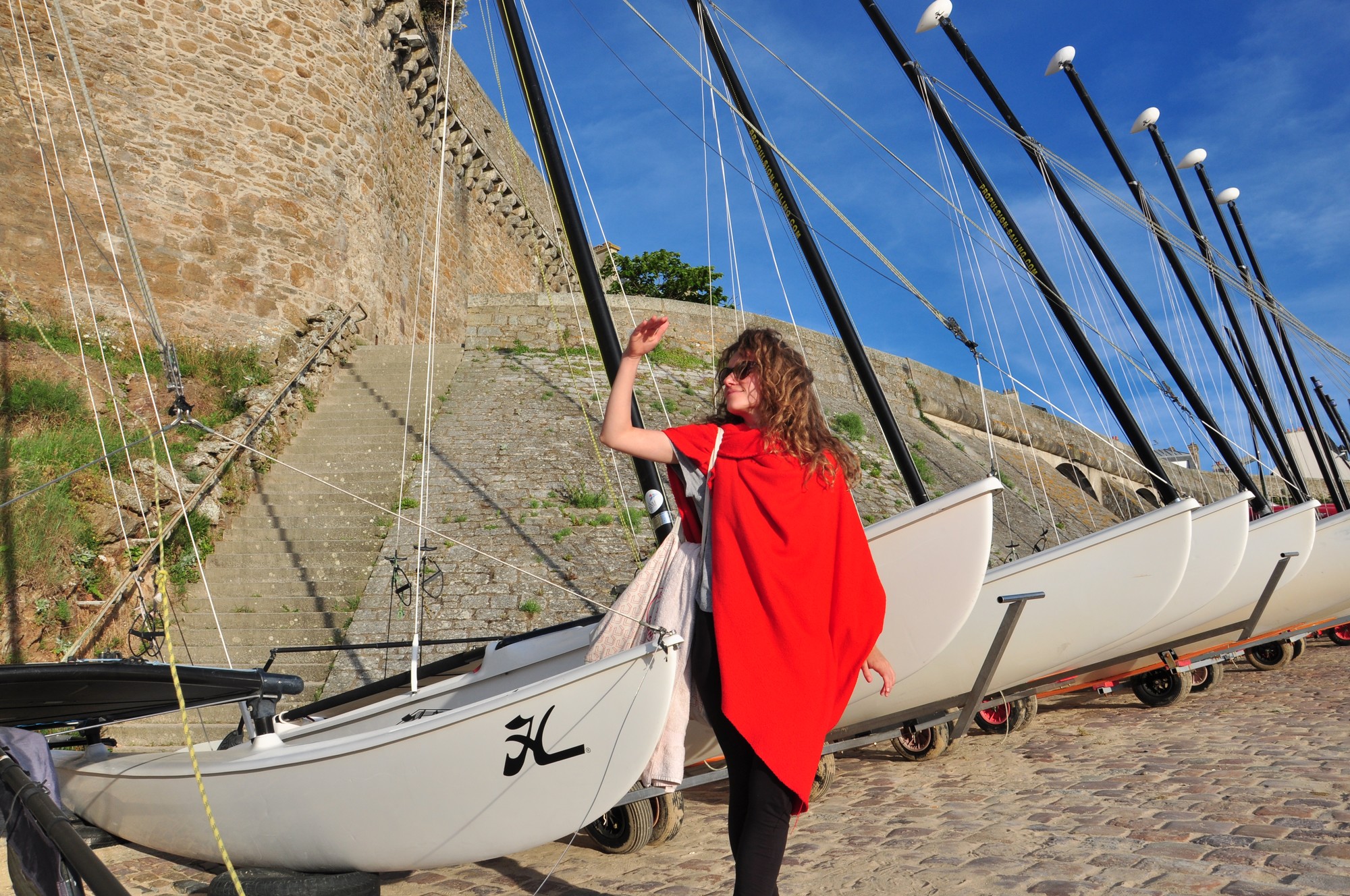 And the sunrises. White smooth sand, brizzy water, sun and sky changing its colour each minute from bloody red to innocent yelow. Just 4 things together are making the truly beautiful and unforgettable view. Nature knows what the beauty is. 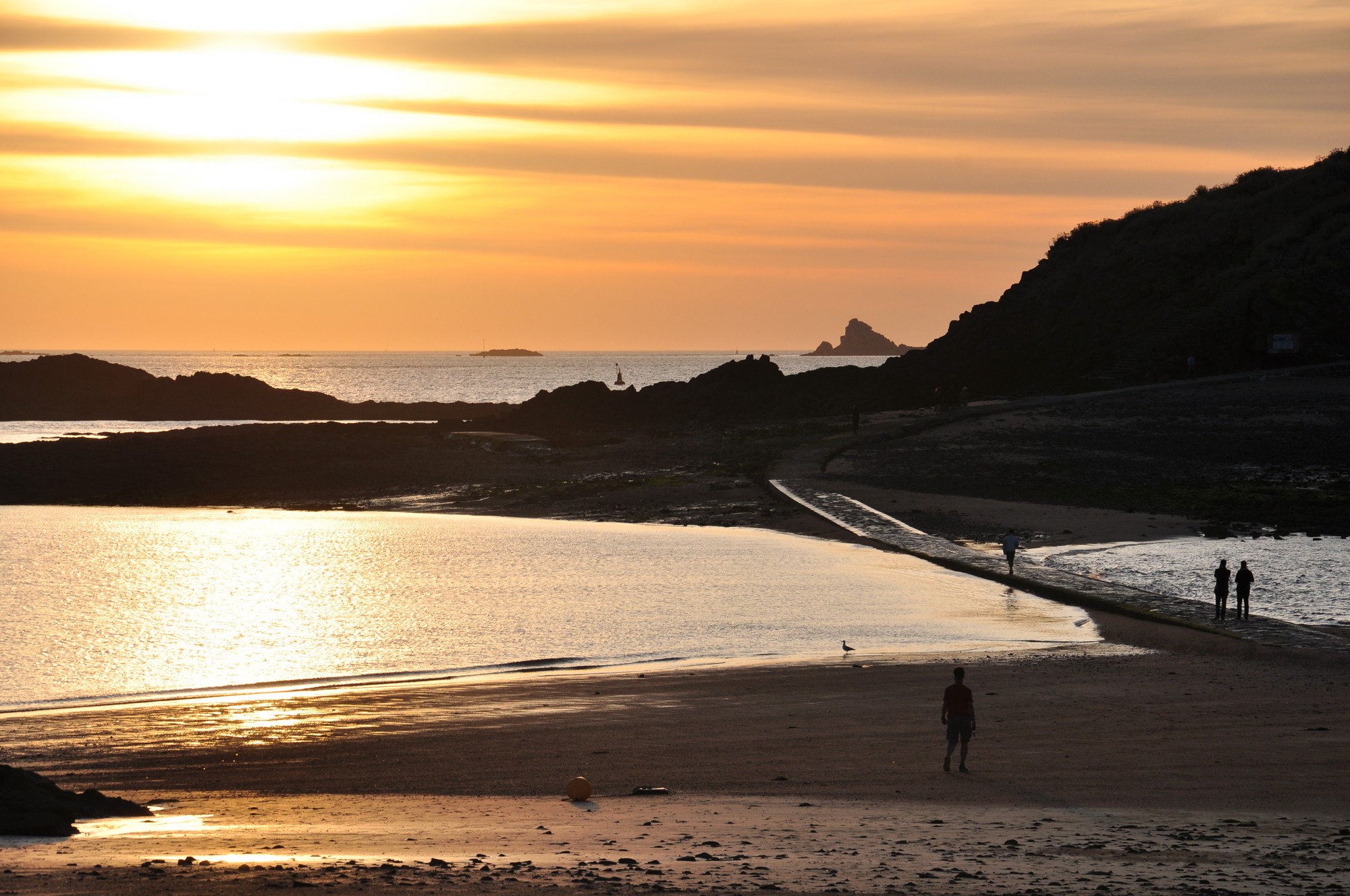 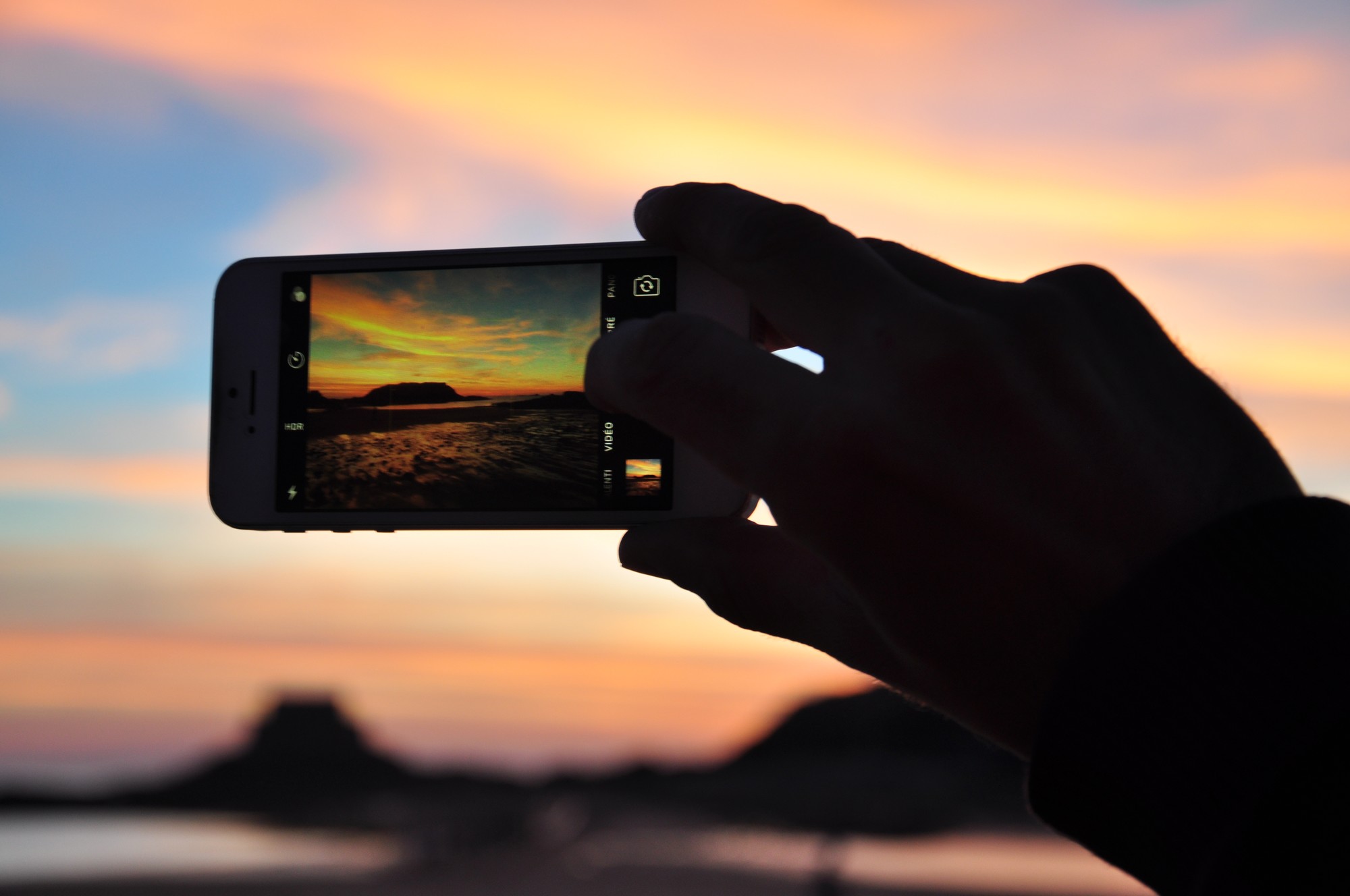 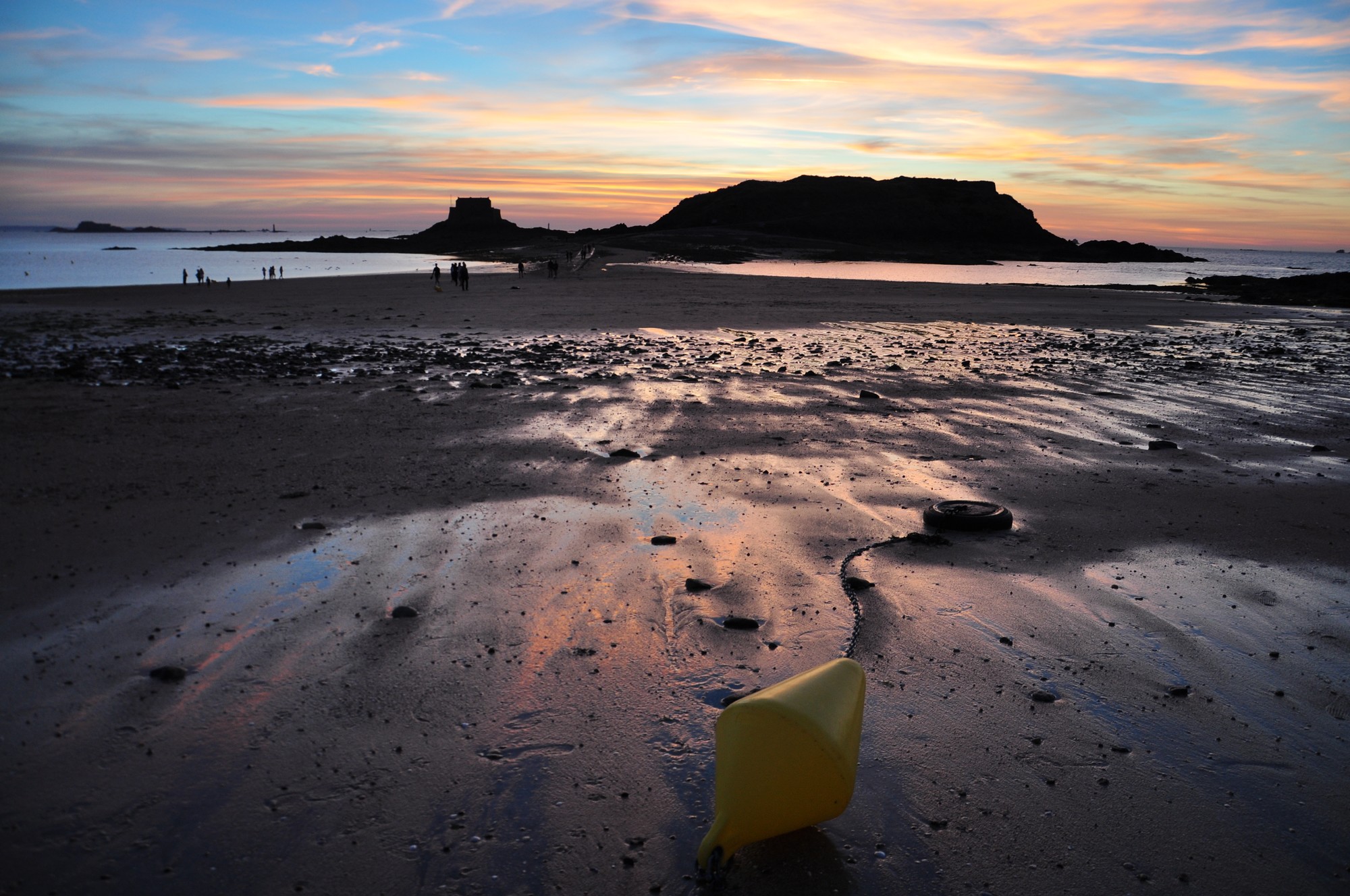 Packed with local cookies, oh no, “palets bretons” salted caramel, plastic cup of shells and hundreds of photos in my camera and in memory, we left Saint Malo and moved to Mont-Saint-Michel.

Big, huge castle-mountain. Actually it is an island and also a commune. Holy place with ancient history. Thousand tourists. Before entering, from the distance it looks very “tidy” and free from the influence of modern life. Though inside it is very alive. I don’t know how people manage here in France put shops and cafes at the old streets and still make it cute. Very comfortable infrastructure of the island permit to move thorough streets and see-sights easily (but be ready for numerous staires, this place is called “mountain” not for nothing). 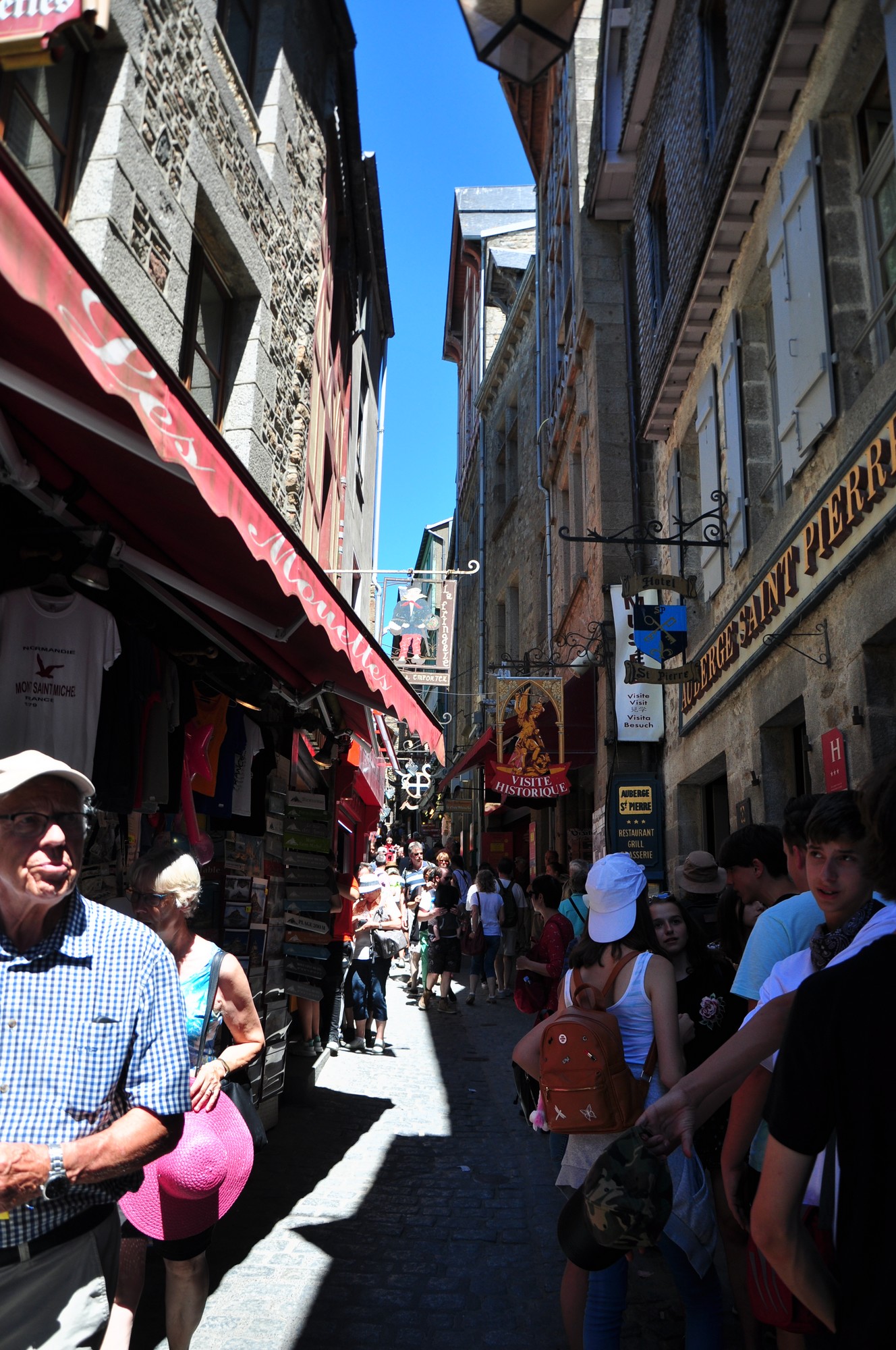 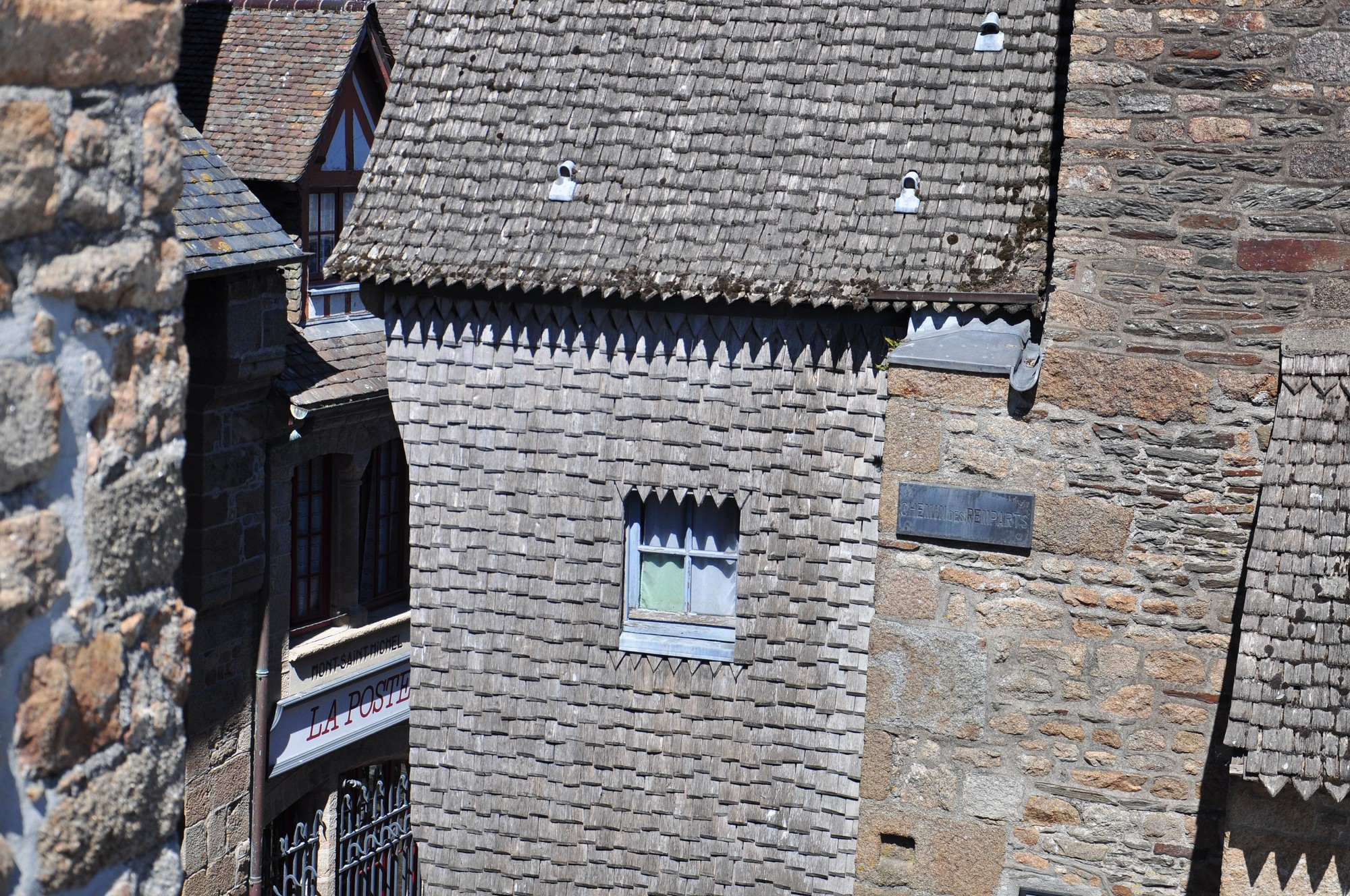 Presence of people doesn’t ruin the impression of holy and sacred place. Numerous rooms and halls inside were looking silent, tall and detached, letting people walking through but not bother the nature of the place.

“The island has held strategic fortifications since ancient times and since the 8th century AD has been the seat of the monastery from which it draws its name. The structural composition of the town exemplifies the feudal society that constructed it: on top, God, the abbey and monastery; below, the great halls; then stores and housing; and at the bottom, outside the walls, houses for fishermen and farmers.” – Wikipedia 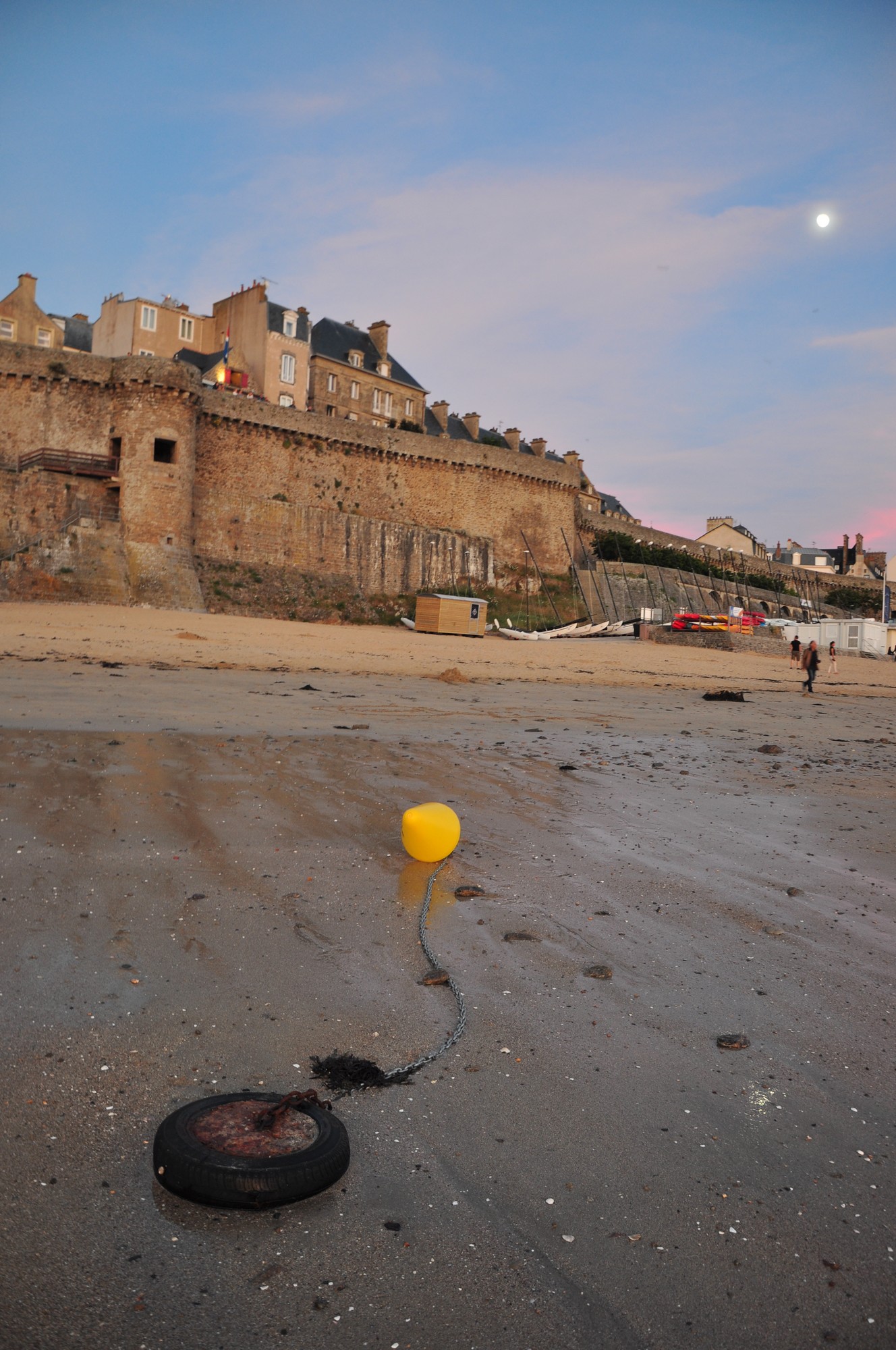